Food waste is a mounting, $31 billion problem in Canada, and a problem that’s happening at every level: grocery stores, restaurants, farms, and most notably, households. Because it’s an issue so widespread across the nation, but happening in the unseen pockets of the food industry, it’s often glossed over as an issue too big to tackle by the government.

On an individual scale, this pressing issue smothers us with a feeling of simultaneous guilt and helplessness. Sure, we should work towards reducing our own food waste — after all, homes contribute to 50% of food waste — but with our increasingly fast-paced lifestyles, it’s difficult to exact the science of reducing our own food waste through frequent shopping for smaller quantities. Even if we can reserve a sliver of our daily lives for the supermarket to take on the zero-waste lifestyle, large figures, like $31 billion or 1.5 billion of overall food waste in Canada, can make it feel like our own individual dedication to saving the environment isn’t even making a dent of a dent.

One early Friday morning, I met with David Schein, the founder of Food Stash Foundation. Food Stash has a truly remarkable story: what began as a one person project, consisting of David and his trusty bicycle — and eventually, a Toyota Camry, has evolved into a full-fledged organization with committed volunteers, twenty-six food rescue organizations, over forty (and counting) food suppliers, and has recently achieved charity status — all over the course of ten months. According to their website, Food Stash has a “two-fold mission”: to “rescue food from producers and suppliers that would have been destined for the landfill, and to deliver edible food items to food-insecure households and individuals in Vancouver.”

And rescue food, it has. So far, Food Stash saved over 110,000 lbs of food from going to waste. Oftentimes, perfectly good produce is discarded simply because it doesn’t measure up to the aesthetic standards of the supermarket, and food products inching towards its best before date is thrown out well in advance. As for bakeries and restaurants with ready-to-eat food, large quantities of prepared fresh food are left over at the end of the day. But Food Stash saves a ton of tasty, fresh foods from meeting such a demise by retrieving them from food donors, and delivering it directly to those in need — all on the same day. 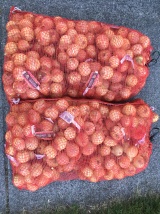 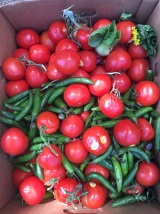 How did David Schein, a former high school teacher of Spanish and French, overcome the collective guilt that the majority of us are steeped in?

It began last year, when he watched Grant Baldwin’s documentary called “Just Eat It: A Food Waste Story”. But this viewing had effect on a ground that was already fertile with compassion for nature. When I asked David if his concern for food waste was something he had always fostered — or perhaps he had inherited it from generations of his family practicing low waste — or if it was something he came to adopt on his own as a grown up, his answer was a bit of both.

“I’ve always liked hiking, skiing… mostly mountain sports,” David explained. In high school, he did the TREK Outdoor Education Program at Prince of Wales Secondary, which introduces students to the natural environment and sustainability through outdoor activities. “[The program] got me into appreciating the outdoors.” David also likens the stubbornness inherent in sports to the stubbornness needed when conducting business.

Of course, such a success story dripping with ambition and goodwill doesn’t come without its challenges.

“I would say the greatest challenge has been getting stores to donate in the beginning, when Food Stash first began and we didn’t yet have that credibility,” David says. But in its present moment, David says that the most immediate challenge is the same-day delivery aspect.

“With the growing quantities of food we’re receiving from our suppliers,” David says, “Same day deliveries are becoming more difficult.” He hopes to obtain a cool-storage facility to prolong the shelf life of perishable foods, and further decrease the amount of food going to waste.

Challenges aside, what’s captivating about Food Stash Foundation is not only the successes that have sprouted from strenuous outreach efforts to the multitudes of restaurants, groceries, and farmers; but also, how it fuses current food trends and innovative thinking to address the issue of food waste. At the top of the Institute of Food Technology’s list of Top Ten Food Trends for 2017 rests the ‘Prep-It’ trend, where shoppers seek semi-prepared and ready-to-eat foods. What’s more, the consumer’s desire for a healthier lifestyle with wholesome foods is evidenced throughout the list. This goes hand-in-hand with David’s mention of how along with the cool-storage aspect of the facility, he hopes to use the facility to prepare foods through techniques like dehydration, fermentation, and freezing. These methods would not only extend preservation of food quality, but also create more variety — for example, he could take a 100 pounds’ donation of cucumbers and ferment them into pickles, a ready-to-eat dish, rather than distributing huge loads of raw cucumbers to Food Stash’s receivers.

When asked where he sees Food Stash in 5 or 10 years, David says he’d like to implement a subscription service — not unlike the Food Subscription Boxes advertised in popular podcasts, but by donation — as well as a food truck that would travel around different Vancouver neighbourhoods, and distribute prepared foods, also by donation. David acknowledges, however, that although he has committed volunteers that make Food Stash deliveries possible, he would need a full-time, paid staff for these goals to come into fruition. But with David’s innovative thinking that pairs something as trendy as food trucks to humanitarian causes, these goals are sure to be met with resounding support from Vancouverites. After all, what better exemplifies Vancouver’s values in supporting the locals, and living sustainably through forward-thinking?